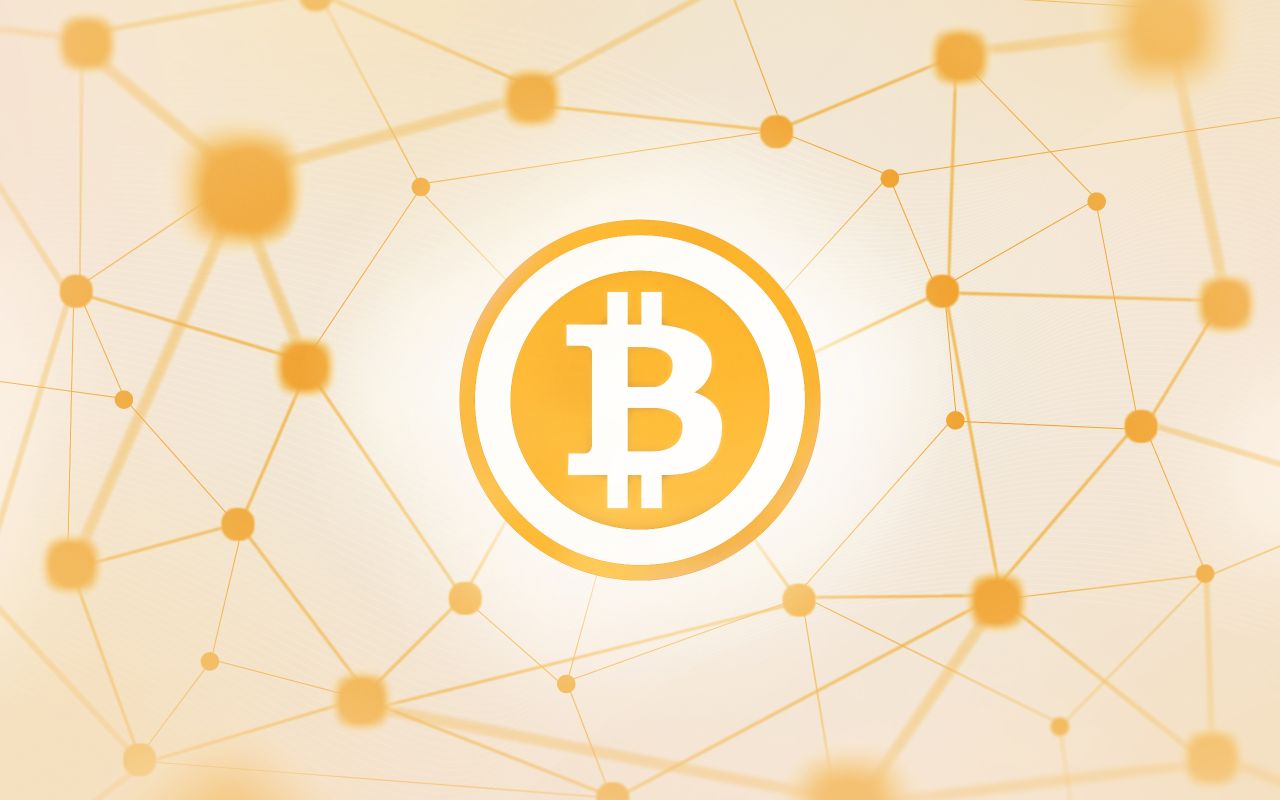 The blockchain is one of the most robust & exciting technological innovation like bitcoin, a digital currency which has taken world finance by storm. This trust-building technology which represents new gen & holds the potential to transform money, financial market, business, and society. But especially this will bring a revolution in the banking & financial industry.

We all have done online transaction either to purchase something or booking tickets. Most of us use a credit card for that. This entire cycle of transaction happens between you & the merchant with the help of credit card issuing bank. If for some reason the merchant failed to deliver the result & you want the refund, you have to pay a nominal transaction fee to the bank. There are many other intermediaries like a bank who act as the financial bridge between the service provider & consumer. They basically act as trust providers. It takes time & cost for both the service provider & the consumer to settle things related to finance because the financial part directly depends on a third party service provider. Can’t it happen directly between the two parties, without the intervention of a third party? Can’t the trust factor work here in this case? Yes, here comes Blockchain with all the solutions.

The blockchain is coming to financial services. Just how quickly it advances on financial services companies and what, exactly, the technology brings is still up for debate, but it has the potential to facilitate faster, cheaper, safer and more transparent financial transactions. But, it could also mean significant job losses for financial services jobs in the middle and back office.

Before going into the topic, let’s see what is blockchain?

Blockchain is a technology which allows consumers & suppliers to connect directly without the need of any third party like the bank. Blockchain uses cryptography to keep exchanges more secure & faster. It provides a decentralized database which is called “digital ledger”, of transactions which everyone can see online. The network consists of a chain of computers that approve an exchange before it can be recorded.

As the name suggests “Blockchain”, is fundamentally a data structure which consists of blocks linked together as a chain. The transactions are grouped together to form a logical data container. The nodes (clients) in a public blockchain network don’t need any authentication to be a part of the network. Anyone can join the network with the access and can work as a full node. There is also private blockchain network which is being managed & controlled by central admins. 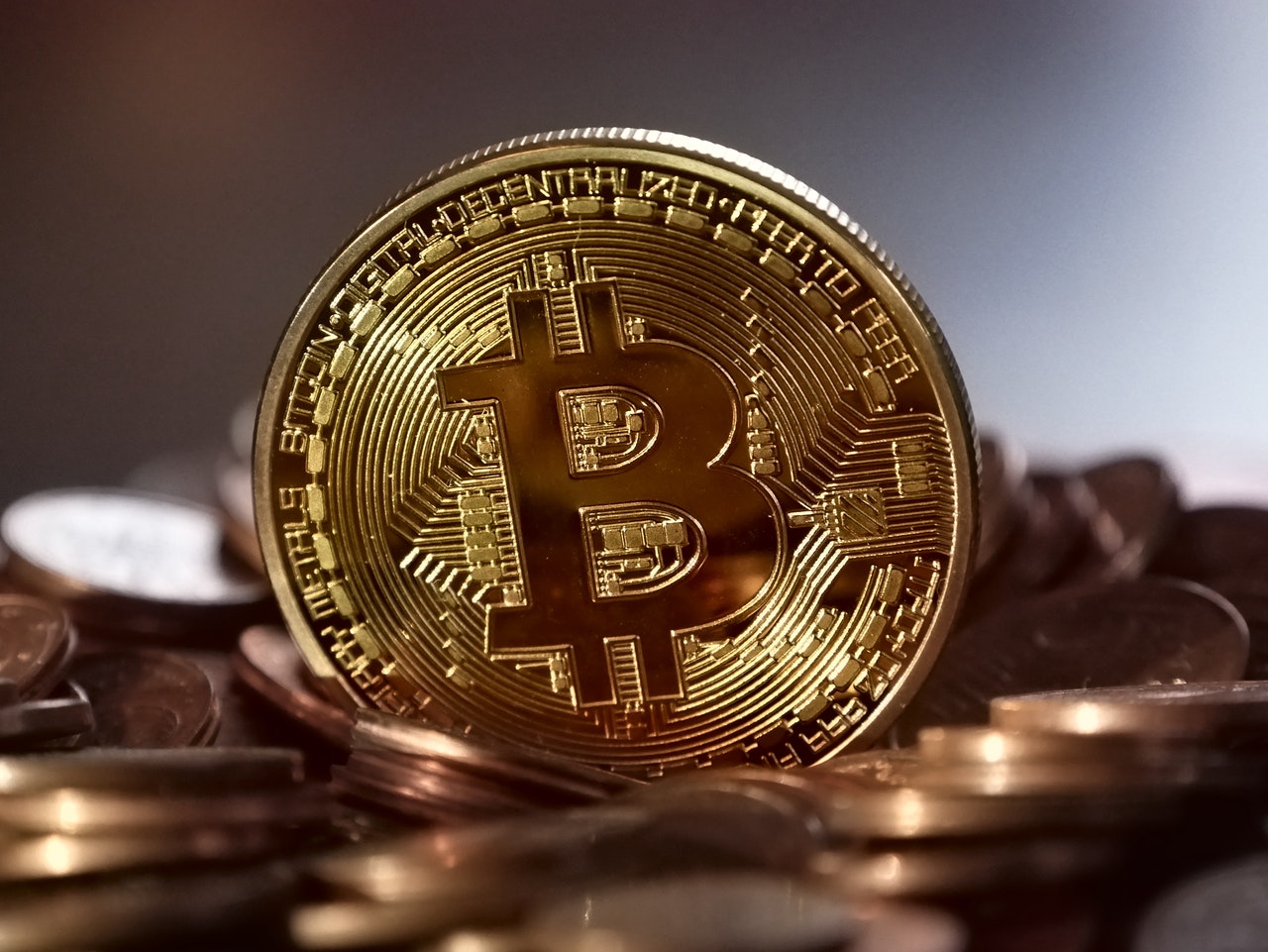 The information exists in a blockchain are continuously shared & reconciled. The blockchain database isn’t stored in any location, the records are public & can be verified easily. No fear of hacker or cyber-attack as there is no centralized version of information present. Data is accessible to anyone as the network is hosted by millions of computers at the same time.

Role of Blockchain in Financial Sector

Blockchain presents a double-edge sword for banks. On the one hand, it could potentially save banks billions in cash by dramatically reducing processing costs. Banks are salivating at the opportunity to reduce transaction costs and the amount of paper that they process. Implementing blockchain would make banks increasingly profitable and valuable. Santander, a bank based in Spain, put the potential savings of blockchain at $20 billion a year. Alternatively, the opportunity to start a bank with lower costs has attracted many new fintech start-ups to the market. Banks are also hedging their bets by directly investing in fintech start-ups. According to KPMG, in 2016, venture capital funding to global fintech companies reached a record $13.6 billion while overall investment in fintech companies totalled $24.7 billion.

Unlike traditional banking, there’s no central authority in a blockchain system. Rather, it is a peer-to-peer network in which participating computers exchange transactions for inclusion in the public ledger they share. With all transactions being added to a single public ledger, it reduces the clutter and complications of multiple ledgers.

With blockchain technology, collaborators will be able to work together as free agents instead of under a hierarchy of bosses.  In this vision, blockchain could replace bankers, accountants and lawyers, as well as escrow accounts, insurance and everything else that was invented before this to verify payments and the performance of contracts.

Interbank transactions can take up to days for clearing and final settlement, especially outside of working hours. With blockchain technology, transactions times can be reduced to just minutes and are processed 24/7.

High levels of transparency and security

Any changes made to public blockchain are publicly viewable by all parties. This creates transparency and process integrity as users can trust that transactions will be executed exactly as the protocol commands. Further, all transactions are immutable — meaning they cannot be altered or deleted.

Money makes the world go round. Blockchain can also do the same. The financial system moves trillions of dollars daily while ensuring that no single dollar is spent twice. Blockchain can be the standard going forward using smart contracts for the distribution of value be it assets, currency, bonds, diamonds, gold, silver, stocks etc. The distribution of value using blockchain technology will dramatically reduce cost, the speed of payment and counterparty risk as transactions get verified and cleared instantly.

Since the financial crisis, the lending business has seen a significant amount of disruption with marketplace lending providers such as Prosper, Lending Club, and Funding Circle spearheading innovation in the alternative finance space. Debt can be issued, traded and settled on the blockchain which will increase efficiency, reduce frictions and improves systemic risk. Consumers and SMEs will use their digital reputation fingerprint to access loans from peers.

Financial markets facilitate trillions of dollars of financial assets daily. The introduction of blockchain within this segment will reduce the transactions settlement times significantly from days and weeks to minutes and seconds. 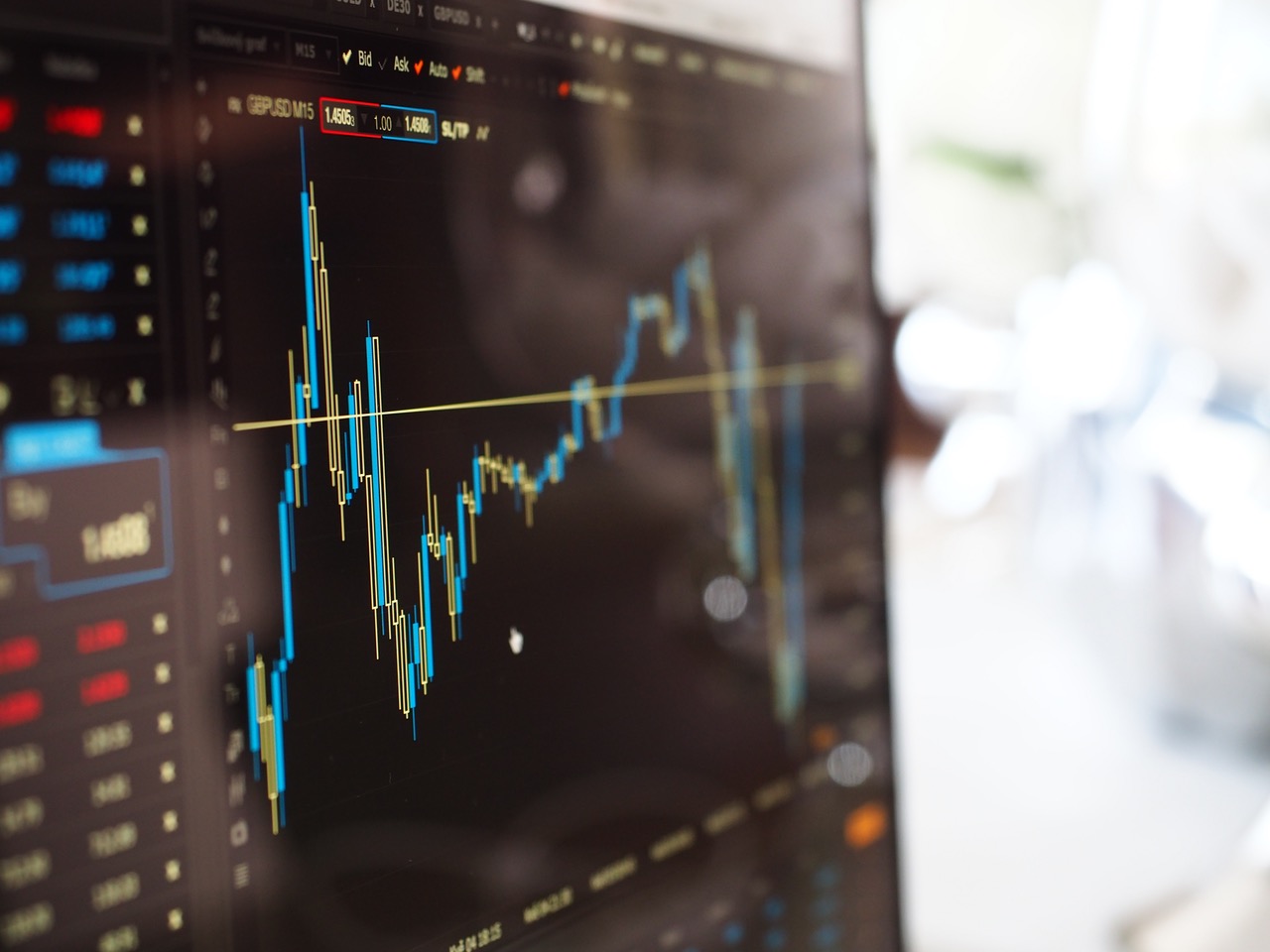 The present investing model requires intermediaries to create markets by matching investors with entrepreneurs, SMEs and enterprises at every stage of growth from angels to IPOs. This funding model requires intermediaries such investments bankers, venture capitalists, brokers, lawyers which can have high costs attached. The funding and investing space have seen disruptive business models emerging such as equity crowdfunding and mini IPOs, similar to the lending landscape. These innovative business models take the experience online and utilize a peer to peer model where ideas and entrepreneurs connect directly with investors without the need of costly intermediaries. Mini IPOs are also facilitated by new platforms which give the everyday investors the ability to participate and invest at an early stage of company funding cycle. Blockchain will automate many of these functions by making the recording of investments more efficient, transparent and secure. The emergence of cryptocurrencies and smart contracts will fundamentally transform the funding and investing landscape. Initial Coin Offering (ICO) is a new concept that has become available due to the rise of digital currencies. An ICO is a way for the new project to raise funds globally and digitally so that it can be created and launched. Crowdfunding 3.0. One successful example of an ICO being used to fund a successful digital currency project is Ethereum, a public blockchain-based distributed computing platform.

Risk management is a fundamental component within the financial system. Ensuring the protection of individuals and enterprises from losses or catastrophe has been the bread and butter within the system for decades. Managing risk by using blockchain reputational systems to better protect assets, derivatives instruments, and the business property will increase transparency and efficiency.

Finance activities will see a transformation culture shift. Moving from focusing on manual and heavy lifting transactional activities to a more finance advisory role by identifying and adding value to senior management and organization as a whole.

Digitalisation of the accounting system is still in its infancy compared to other industries, some of which have been massively disrupted by the advances of technology. With the introduction of blockchain and Distributed Ledger Technology (DLT) accounting activities within the finance, functions will see a shift from double entry accounting to a triple entry one. Blockchain technology enables complete, conclusive veriﬁcation without a trusted party, all financial records reside in the blockchain for everyone to see and verify. Blockchain technology may represent the next step for accounting: Instead of keeping separate records based on transaction receipts, companies can write their transactions directly into a joint register (DLT), creating an interlocking system of enduring accounting records.

Modern financial accounting is based on a double entry system. Double entry bookkeeping requires the trust of outsiders, independent public auditors to verify the company’s financial information. Each audit is a costly exercise, binding the company’s accountants for long time periods. The Blockchain as a source of trust can also be extremely helpful in today’s accounting structures. By using a digital fingerprint which is immutably time-stamped and tampered-proof when recording transactions in the blockchain, eventually it will remove the need for external auditors. The blockchain will bring transparency and trust so the actual network becomes the auditors and the watchdog ensuring financial integrity.

The reconciliations process is a monthly control that ensures balance sheet integrity within a finance function. The introduction of Distributed Leger Technology will enable reconciliation and payment to be performed instantly which will reduce counterparty risk, operational risk, credit risk.

The distributed ledger would represent a “single version of the truth” on all financial institutions’ reporting. All transaction data will be readily available to the trade repositories and regulators in a unified form and there will no longer be any need for time-consuming reconciliation with the use of smart contracts the quality and transparency of reported transaction data will increase and the reporting costs substantially reduced.

Blockchain would bring an improved, simplified and increased efficiency to regulatory reporting. The collection, consolidation, and sharing of data will be done from a single source, automatically and in real time.

There are plenty of reasons to gather large amounts of information, especially in real time. The ability to identify trends, track data from its source to its endpoint, and making inferred correlations between data points is highly sought after. The introduction of distributive ledger technology within the financial system would be extremely beneficial while monitoring information for security and reporting purposes. Also reporting any suspicious activities to the appropriate authorities for matters of national security and AML.

Hackers can shut down entire networks, tamper with data, lure unwary users into cyber traps, steal and spoof identities, and carry out other devious attacks by leveraging centralized repositories and single points of failure. Blockchain can increase security by blocking identity theft, preventing data tampering, and stopping Denial of Service attacks. By decentralizing and distributing the data across the entire blockchain network and cryptographically securing every transaction the financial system will become more robust.

Bitcoin was one of the first blockchain technology. A self-regulated, peer to peer digital currency. Only behind bitcoin, blockchain is the technology enables users to transfer bitcoin currency directly to each other without intermediaries. Though Bitcoin has been into a lot of controversies since last few years, but the technology is here to stay for a long time.

As many industries are keeping a close eye on blockchain & its future, the technology demonstrates how fast the process of development is moving. Indeed,the “Blockchain Summit” in June 2016 discussed ledgers to track child trafficking, and precious gems dealers using blockchain to monitor blood diamond trading, track millions of refugees & give them an identity. The book “Blockchain Revolution” even predicts it could prevent the next global financial crisis, disrupt Uber & give more control on data.

Hope this blog helped you to understand everything related to blockchain & how it can change the face of online transaction in near future & control the entire financial market. Please comment below your suggestions. To know more on blockchain & the technology click here to get in touch with our consultant. Apogaeis financial experts are continuously doing research to understand more on how this technology can be used to empower consumers as well as service providers. Contact Us for any type of Business Consulting & IT Solutions.